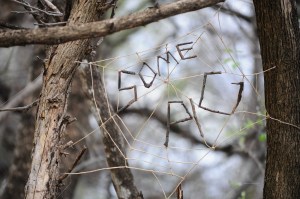 Well, this is almost a month late in posting – but I DID actually finish this project the last week of February.. it just took me a while to actually put it up outdoors and get some pictures taken of it. I finally had some free time this afternoon to tackle it.

As you may remember, February’s project was temporary sculpture with the theme friendship. I ended up doing two projects for this – one was the friendship sculpture posted earlier in which a few good friends and I created a nature sculpture from sticks, twigs, and leaves.

The second project was to bring Charlotte’s iconic “some pic” web to life! 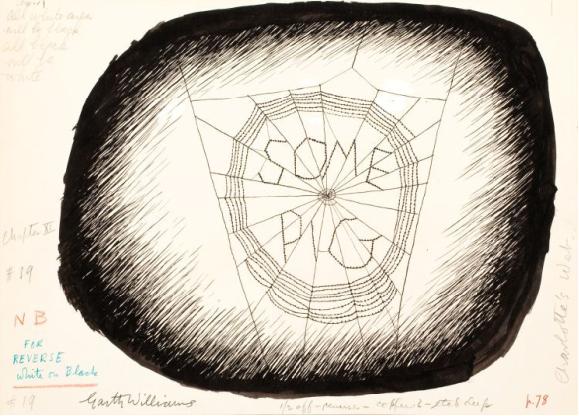 The above image is certainly one of the most memorable of E.B. White’s classic children’s book Charlotte’s Web. This story so beautifully captures the idea of true, loyal friendship to me. Being one of my favorite books as a child, the idea of bringing this to life in the form of a temporary sculpture that I could share with the world really got me excited! Below is the finished project – created from dead vines and twigs. 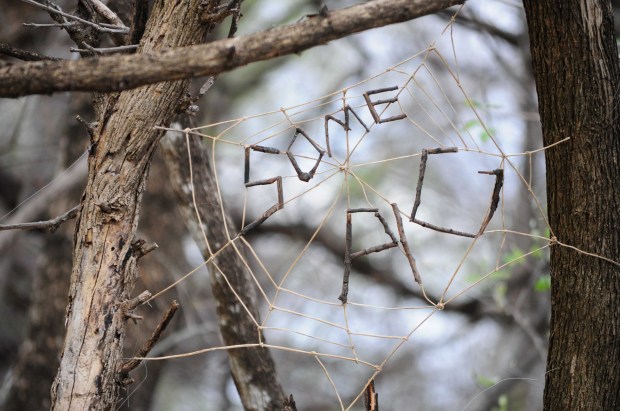 I soaked the dead vines in warm water in order to work with them. Once soft, they are actually quite flexible and strong. I attempted a few methods of tying the twigs on – without any good results – so I eventually settled on hot-gluing them to the vine-web. 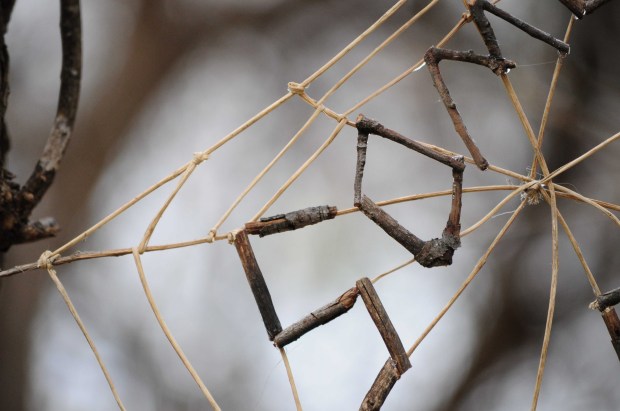 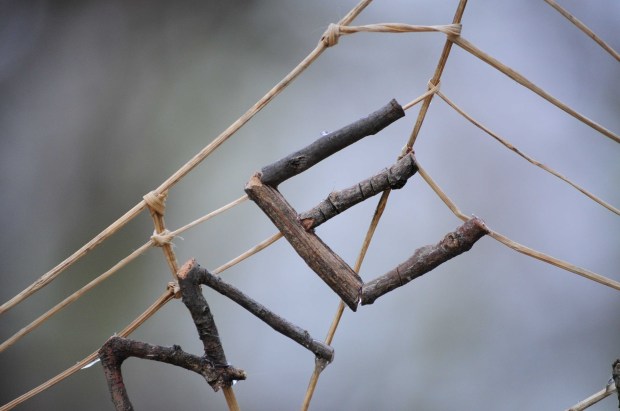 This project certainly turned out to be more time-consuming that I thought – probably around 10-15 hours. I actually got pretty attached to this guy after putting all that work into it. It was definitely a bit hard to say goodbye as I left it tied up aside a walking trail just north of my house. Although it helps to imagine someone coming across it – perhaps this book was a favorite of theirs as a child too – and for a moment they will be reconnected to that childlike wonder once more. =)

P.S. If you live in the DFW area and happen to get a kick to go discover this little jewel yourself, it can be found on the southern end of White Rock Park Trail (near the small creek that flows under the trail).