I’m turning 30 this fall.. and since last fall I’ve been wanting to do something BIG with this year. I’ve struggled with just what that thing would be for a many months now. I started with a year-long photo project shooting barns, which was fun, but not something I could work on daily. I guess i started to realize that I was really missing that daily creative project like I had going on last year. It became such a part of my life. So, while I still plan to continue shooting the barn series, I’ve moved it to the back burner for something new. And in the last week of February I found that something… the big thing! Thanks to a chat with a few fellow creative friends who inspired me to be brave, and the Nike-licious advice of my boyfriend to “just go do it!”- I now have a plan! 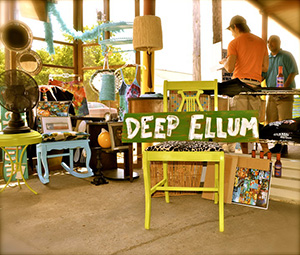 Since I was a little girl, I have always had a dream of selling my art at a festival or market. For years and years I’ve replayed the same tired pattern. Going to art festivals each summer, flitting from one inspiring booth to the next in total glee… knowing in my heart of hearts that “I should be doing this.” And every year like clockwork, I talk myself out of it. “I don’t really have a cohesive body of work” or “I don’t even have a style” or “No one would probably even buy my stuff” and of course the ever popular “How would I ever have the time to make all this stuff?” Oh the powers of self-persuasion. Within a day of a festival I’d have already managed to cloud my vision and totally squelch the burning fire for this dream. Ah! No more! I will fulfill these dream before I am thirty years old!

Just Do It Anyway!

That’s it. My whole mantra and answer to each of the above self-defeating questions is “Just do it anyway! (dammit!)”. No more of this talking about it and overthinking it. I don’t have a cohesive body of work… that’s still true. But I’m going to do it anyway. How the heck else will I ever GET a cohesive body of work if I never get my stuff out there? (and do i even need one anyway? lol) I don’t have a style (at least not that I’m aware of!) and I really like to dabble in anything and everything from photography to crafts to sculpture to design. Too bad, we’re doing it anyway woman! Not getting out of it this time!

Picking A Date & Deciding with Simplicity

Ok, so now I’m doing this… no way out. Fortunately I’ve already known of (and daydreamed much about) a local art market here in Dallas for over a year now that is small, inexpensive to rent at and a great place for budding artists to start out. AND they have a market day once every month until December! In order to get all the work done, I’ve picked the market on June 16th, 2012 to start. This will be before the Texas summer gets too insanely hot – so I imagine a strong turnout if the weather is nice. This gives me 12 weeks of production time. Now to decide WHAT to make.

Going by the old Keep It Simple Stupid philosophy, I picked the first two things that my gut said to do. And the gut said to go with making needle felted art toys and small wire/metal sculptures. I started needle felting last January for one of my projects and have been in love with it ever since… making small art toys here and there in my spare time. I’ve been doing wire sculpture on and off since early college..in particular small frogs and lizards with found objects like spoons and old screws and bolts incorporated into them. They’re both things I love doing and I think the two could go well together.. I’m even looking to try mixing the two into some wire and felt combinations. 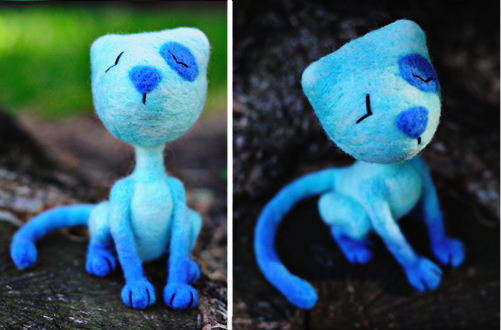 My mind kept whispering on for about another week “are you SURE you don’t want to include some photography? And maybe some other things…” I am standing firm with the gut’s decision. “Nope, two things only. And the two we picked are doable in the time we have and we think very marketable. There will be time for the rest later.” Phew, what a relief it can be to just tell your mind that there will be time for it’s concerns later! Quieted right down. =)

So that’s the big plan! I cannot express how exciting it has been just this past week to be working on something that I have dreamed of doing for so so long… to be truly giving myself permission to chase this dream without worry of how successful I will be or if I make money off of it. It’s made my soul so happy to finally be allowing myself to be deserving of doing this, no matter the outcome.

I’d love to hear from anyone else out there about your dreams. What sort of big things have you accomplished and how did you get up the courage to commit to them? What dreams are you still waiting to give yourself permission to chase? And what is it that always seems to stop you from starting?

Resources:
Time Lapse Tutorial on Needle Felting – by Laurie Sharp
Needle Felting: Basic Shapes Tutorial – by FeltAlive
22 Secrets to Discovering Your Dream and Living It – by Leo Babauta on DumbLittleMan.com